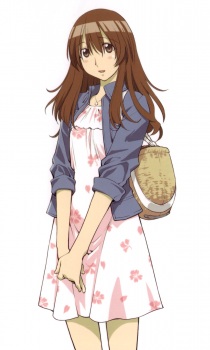 Kenjiro Hato is the last of the new Genshiken members and the only male to join. Kenjiro has the same love of yaoi and boy's love doujinshi and manga as Chika Ogiue, Kanako Ohno, and the other fujoshi of Genshiken.

Because being a fudanshi (a male fujoshi) would have caused Kenjiro problems, he adopted a female persona, including a perfect female voice, and dresses as a female when attending Genshiken. He garners a lot of attention in doing so because he's seen as a very attractive girl.