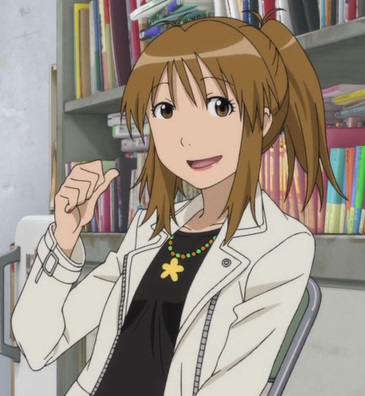 Keiko Sasahara (also known by her work alias "Kyouko") is the younger sister of Kanji Sasahara. Unlike her brother, she is far from an otaku and lives a more socialite, trendy lifestyle influenced by peer pressure. She starts off openly antagonizing her brother and avoiding his otaku lifestyle, until seeing a pretty boy otaku like Kousaka influenced her to become an unofficial member of Genshiken, despite not being a college student yet.

Keiko stumbles upon Madarame in the Genshiken room, which startles him (he briefly visualized her as Kasukabe). She then teases Madarame on sticking around campus because he wants to cross paths with Kasukabe again. Madarame vehemently denies this, which angers Keiko. She harasses Madarame up until they were interrupted at the door by Sue.